A city of exceptional 3000-years old history and extremely valuable cultural heritage.
Combining the beauties of the past and preferences of modern-day tourism, it offers numerous tourist attractions: autochthon gourmet delicacies, cultural monuments, modern-day sports facilities or various excursion programs, you have found a perfect destination for leisure, sports and fun.
http://www.zadar.hr 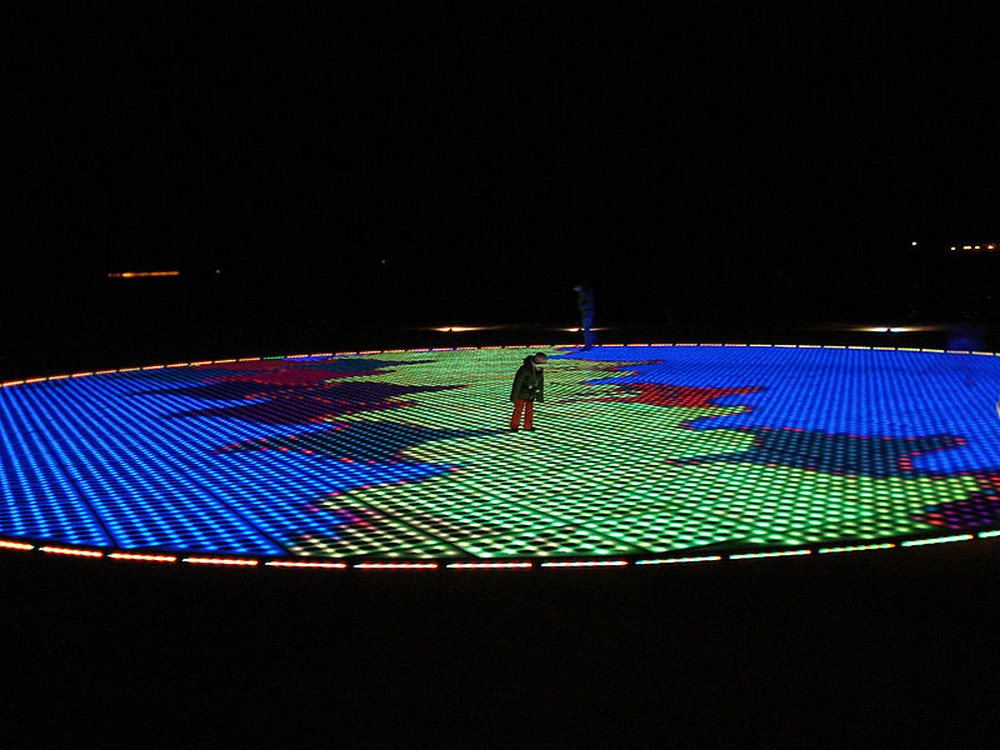 The Greeting to the sun consists of three hundred multi-layered plates placed at the same level as the stone-paved waterfront and in the shape of a 22-meter-diameter circle. Under the glass conduction plates are photo-voltage solar modules through which symbolic communication with nature is performed.
Simultaneously with the „most beautiful sunset in the world“, the lighting elements installed in a circle turn on and, following a particularly programmed scenario, they produce a marvelous and exceptionally impressive show of lights in the rhythm of the waves and the sounds of the sea organ. 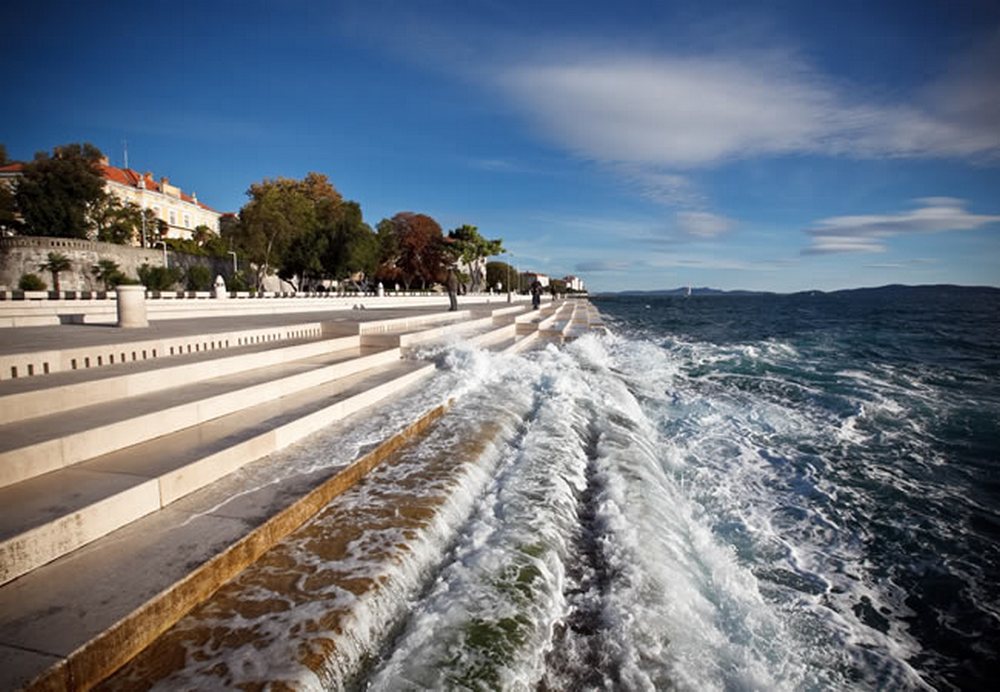 The Sea Organ is situated near the new cruiser port, within the Zadar waterfront. Stone steps extend for about seventy meters along the walkway, divided into seven ten-meter sections under which 35 polyethylene pipes of different length have been mounted at the level of the lowest low tide sea level, with diameter and tilts that rise aslant up to the paved part of the waterfront and end up in a canal (service corridor). The instrument has 7 chords of five tones from the matrix of Dalmatian harmony singing groups. Just as the sea energy is unpredictable in the countless changes of high and low tide, size, force and direction, so is the eternal concert of the sea organ unrepeatable in its countless musical variations whose author and interpreter is nature itself. 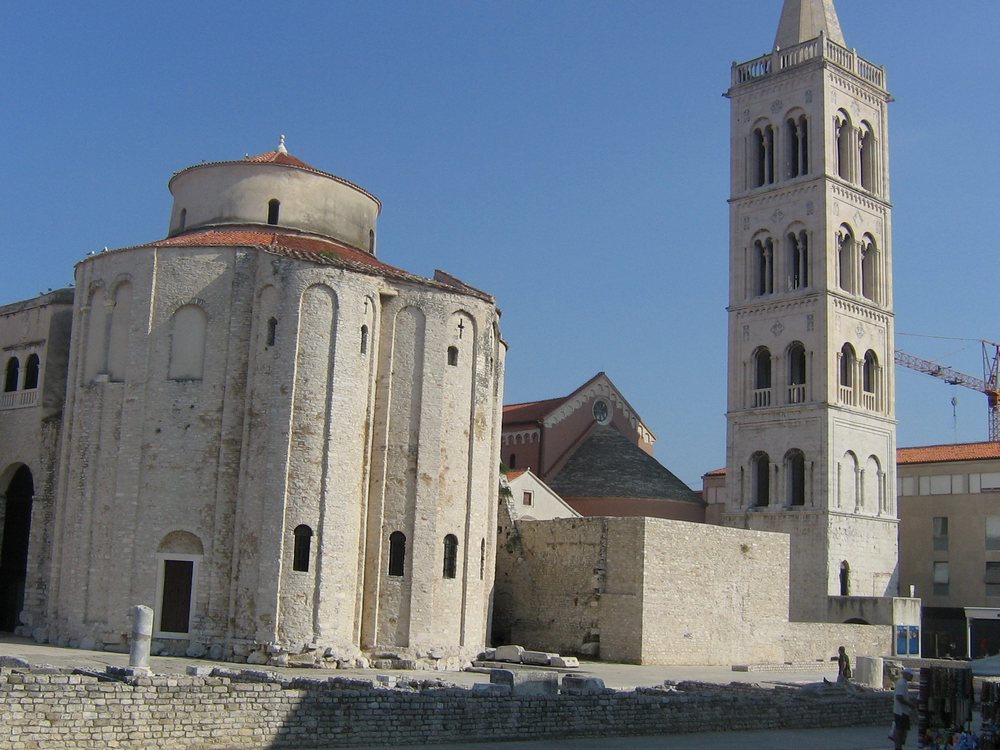 Initially dedicated to the Holy Trinity, only in the 15th century it started bearing today's name after the Zadar bishop Donatus who started the building of the church. The symbol of the city of Zadar and the most famous monumental edifice in Croatia from the early Middle Ages (9th c.). 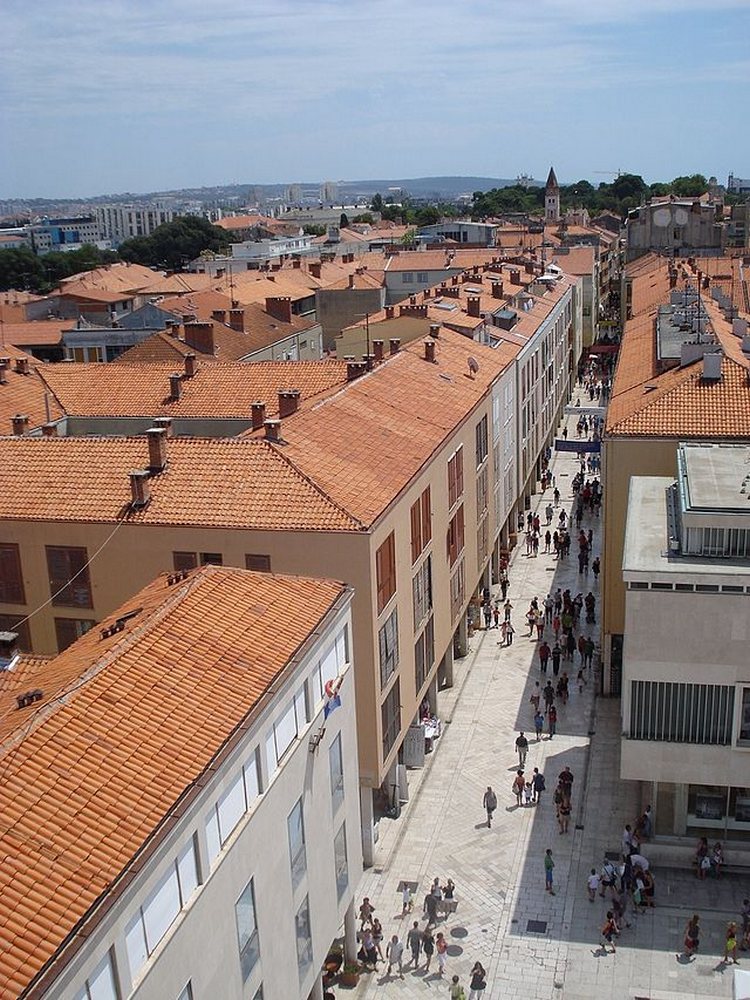 Kalelarga or Siroka ulica (Large Street) the main and most famous street in Zadar is said to be older than the city itself, extending in the east-west direction from Narodni trg (People’s Square) to the Forum. During the Second World War almost all the buildings in the street were destroyed. Later the street was renewed in the contemporary style, keeping only its basic direction. 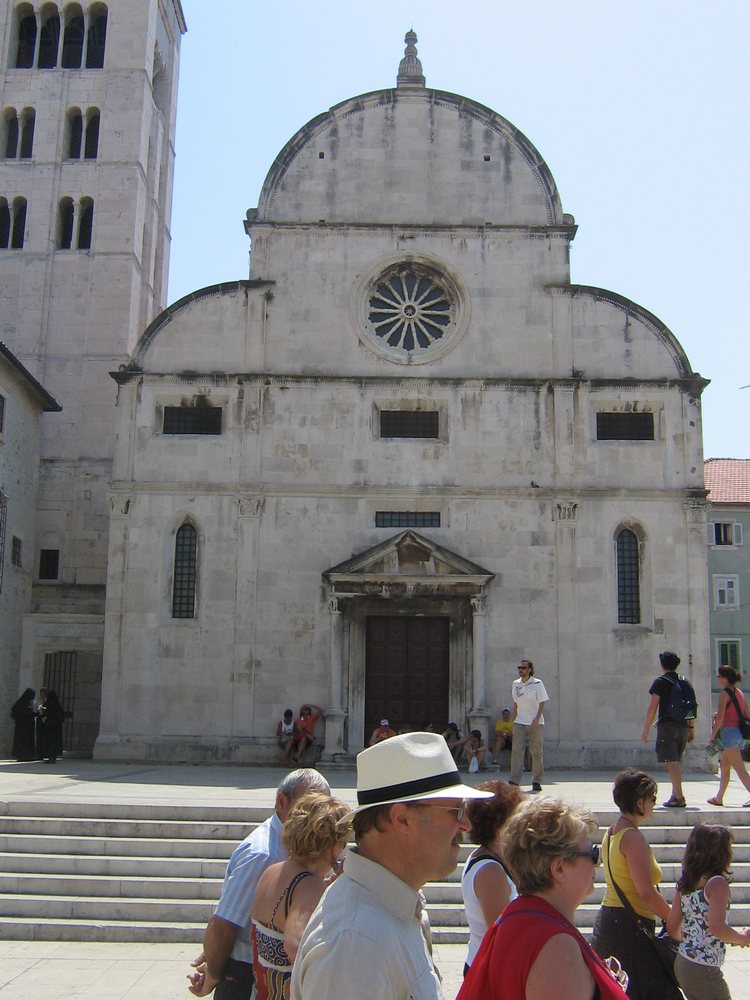 The Church of Saint Mary

It belongs to the convent of the Benedictine nuns that was founded by the noble woman Cika from Zadar in 1066. She came from one of the most respectable noble families - Medijevci, and according to some sources she was the half-sister of King Petar Kresimir IV. 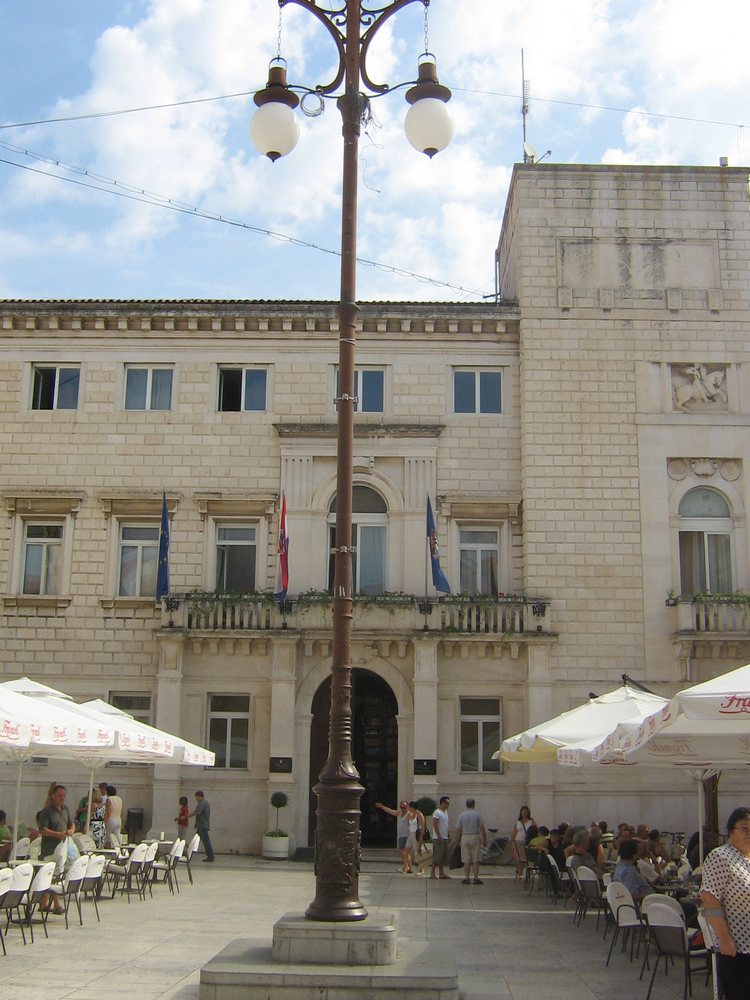 People’s Square in Zadar is the center of public life in Zadar from the Renaissance up to today. On the main square, Platea magna, as has been recorded in many historical sources, in the early Middle Ages the first municipal institutions of the city emerged in 1562 the City Guard was built with a bell tower carrying the city clock that has been continually working since 1803. A bigger bell ticking the hour was transferred to the Captain’s Tower (Bovodí Antona), while a smaller one ticking the quarter hour from the neighboring church of sv. Lovre (St. Lawrence).